elhassan
11:01 AM
Windows 8.1
Windows 8.1 Build 9385 leaked today for download and an other rumor says that windows build 9388 was sent to developers for testing. The new much awaited build is nearing its launch and is currently being tested by Microsoft experts. Recently,
after the release of windows 8.1 Build a lot of users get confused because they found 2 builds (X86 and X64) but i confirm for you that only build 9385 X86 is the real one all other builds number 9385 are fake so don't waste your time downloading theme.and this picture gave the proof. 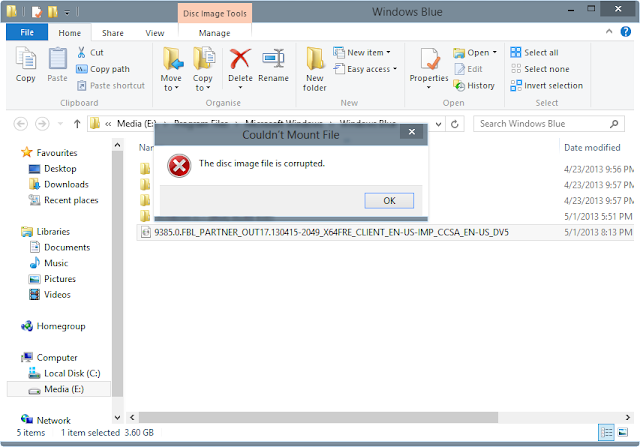 As we have already mentioned that there are no significant changes made as compared to the older versions, one can still expect that some of the major errors and bugs that the previous builds would probably be fixed in this version. However, many users are arguing that there has been so much of user development testing going on, still the users are indirectly being ‘ignored’.