elhassan
9:14 AM
Windows 8.1
A brand new version of what’s expected to be the first major Windows 8 upgrade is currently being tested by select developers, but no other specifics have been provided.

A couple of screenshots i already  posted in previews post seems to confirm that Windows 8.1 build 9388 has been sent to developers around the world for testing purposes, as Microsoft is most likely working on the final preview version due this summer.and now I have two more screenshots and this let me believe more in this Build and may i say its not a rumor its a real version........maybe will be leaked coming days.
this version has been leaked to partners on 29  April 2013 and its version 6.3 build 9388.0.x86fre.fbl_partner_out18.130429-2155 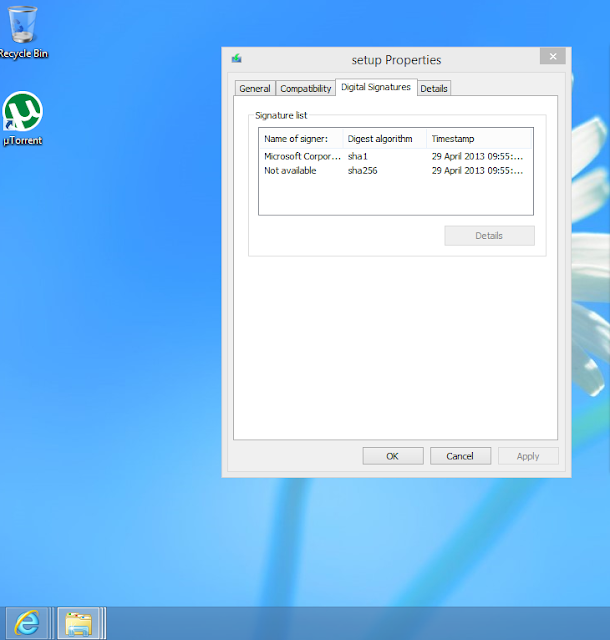 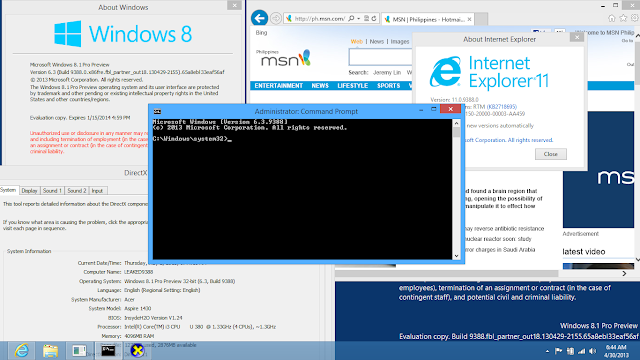 Obviously build 9388 breaks this pattern. If it is similar to the previous leaks, it will most likely include a bunch of bug fixes as well as more control panel options and more apps.