How to Return to Desktop Once You Close Apps in Windows 8.1

22 October, 2013
For almost everyone who made the upgrade, Windows 8 proved to be something of a disappointment for one reason or another. Windows 8.1 was released to address many of the issues users had complained about, including reintroducing the ability to boot straight to the desktop.

Being able to boot to the desktop rather than the Start screen is something that people have been clamoring for ever since the first preview versions of Windows 8 were unveiled. There have been various third-party tools released as numerous workarounds used to get around the problem, but now it is an option that is built directly into the operating system.

You will need to have downloaded and installed the update in order to proceed, but once you have done this, things are very simple.
Here is an easy way for the users of Windows 8.1 by following which they can easily get rid of this annoying feature. It is quite simple method and you can apply it within a few seconds.

You need to right-click to the taskbar on the desktop where you will see the option “Properties”. You should select it.

Now you will see the “Taskbar and Navigation Properties” window where there will be some tabs. You should select “Navigation” tab here. 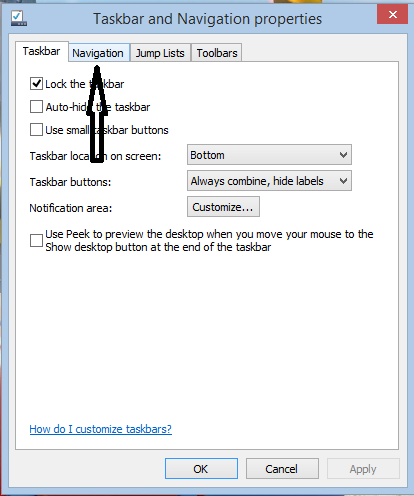 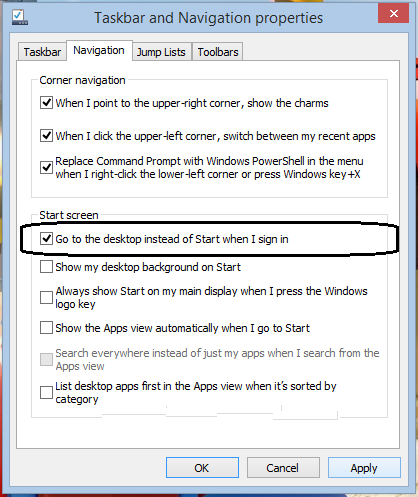