Windows 8.1 Update 1 will bring back a Mini Start 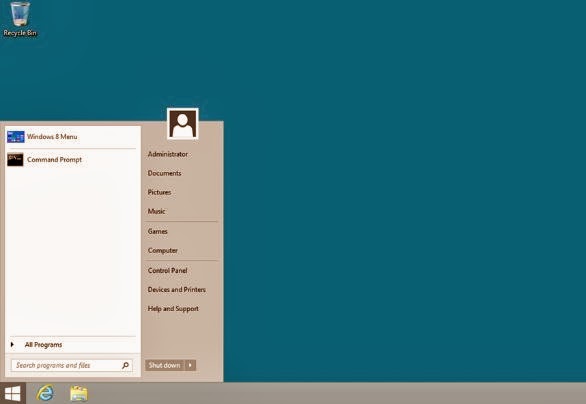 Microsoft may have addressed some of the issues with the Windows 8, but has it done enough to retain its core customer base to prevent an Android takeover of the desktop in the future?

Well some of the internet sources are assuming that Microsoft has plans for rolling out the update including the new Start Menu for Windows 8.1 desktop, earlier than the major update named 'Threshold'. This minor update may release somewhere around Spring 2014 and is calling the new project with an internal name 'mini start' since this start menu is not going to cover the whole screen, rather a smaller portion just like earlier start menus on Windows.

Now Microsoft beta tester Nawzil Najeeb said in a post on Facebook’s Windows 8 group that Redmond has already included a Start Menu in Windows 8.1 Update 1 and all users would get it in April.

Maary Jo Foley today confirmed that Start Menu is coming back and it is internally known as “mini-Start”.
Share This