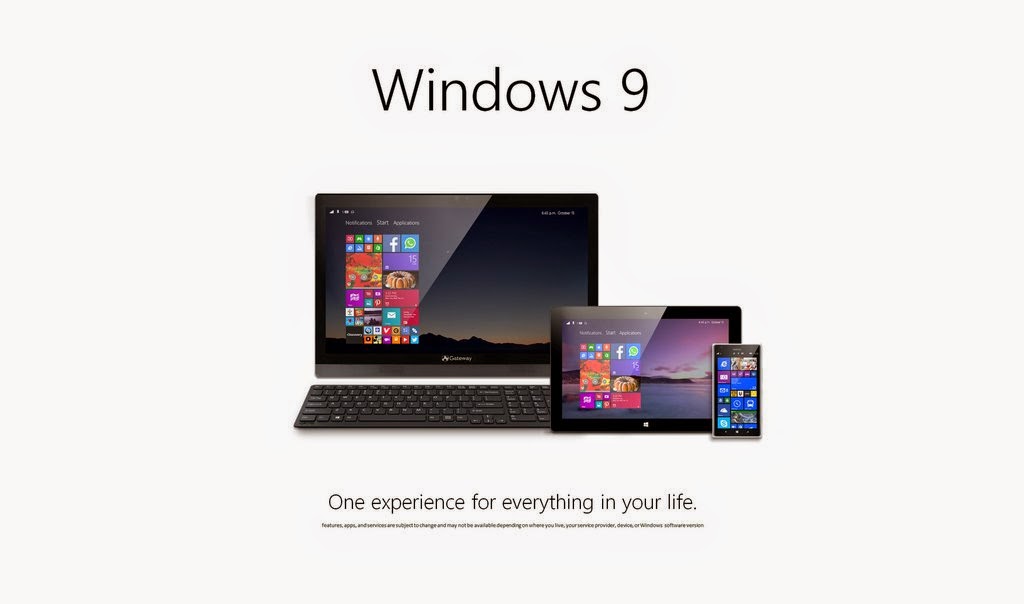 Microsoft could be shipping a preview release of the next major version of Windows—codenamed "Threshold" and expected to be named "Windows 9"—in either late September or early October, the preview will be widely available to anyone who wants to install it.

Windows 9 will be an operating system that will be aimed at every single device, be it a PC, a tablet, or a smartphone, so no matter which industry business goes well, Microsoft wants to take the lion’s share in every sector.
Tweet
Labels: Windows 9