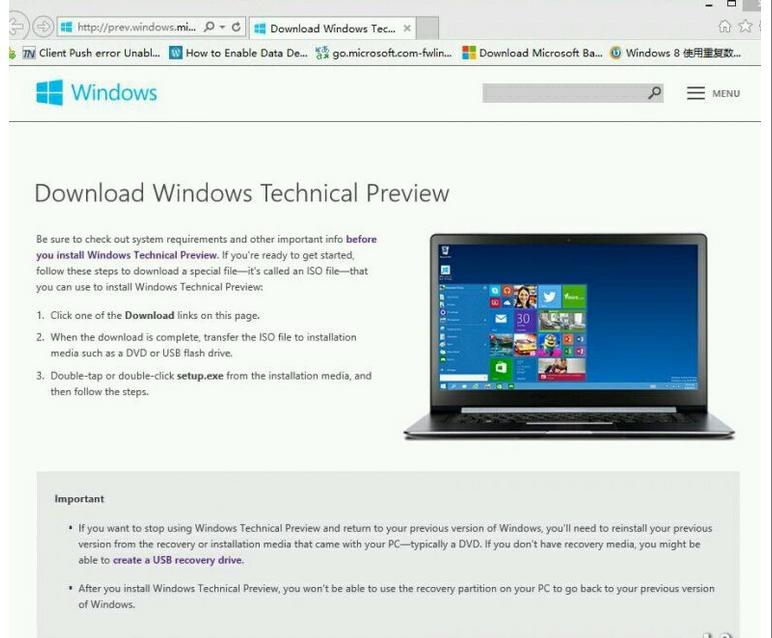 After months of rumors and reports, last week an internal build of upcoming Windows 9 build named ‘Windows Technical Preview’ with build number 9834 got leaked on the web. The leaked screenshots revealed number of upcoming features in Windows 9 like new Start Menu, updated desktop UI look and more. Today, windows technical preview aka "threshold" or maybe will be called "Windows 9" download links has been leaked in a screenshot on the web.
This site published several screenshots from an early release of Windows 9 that Microsoft made available to top partners. And the images are very real and one of the partners has took a screenshot for his desktop while he was ready to download it.The operating system is labeled as “Windows Technical Preview” version 6.4 (9834.0.140908-0936.FBL_PARTNER_EEAP), which means that this build has been compiled on September 8, 2014.and it has just few languages options and are: 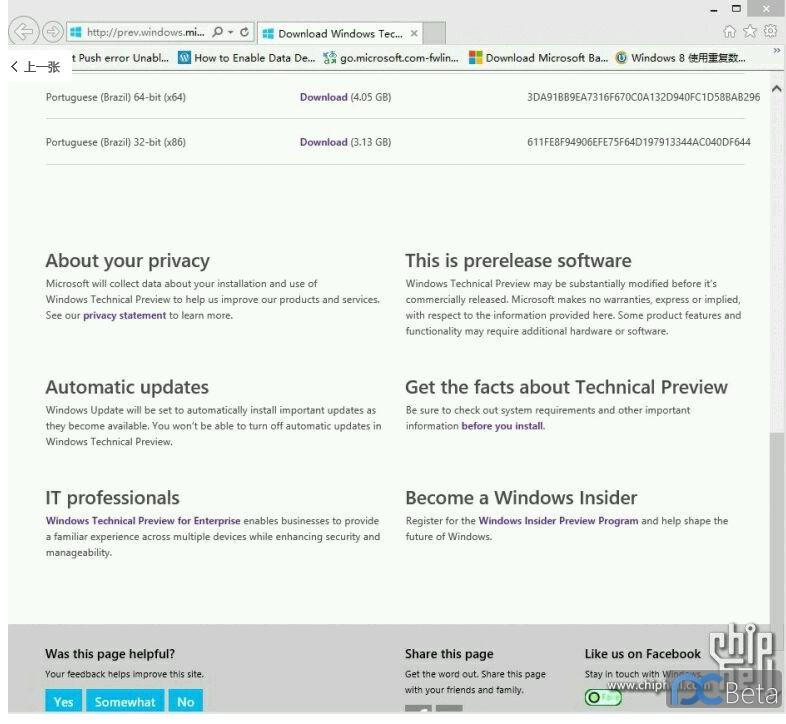 Don't forget that build 9834 Codenamed Threshold, Windows 9 is likely to bring several improvements on the current version including a new Start menu, modern apps and multi-desktop features. These features have been caught in previews leaked screenshots.
Tweet
Labels: Windows 9