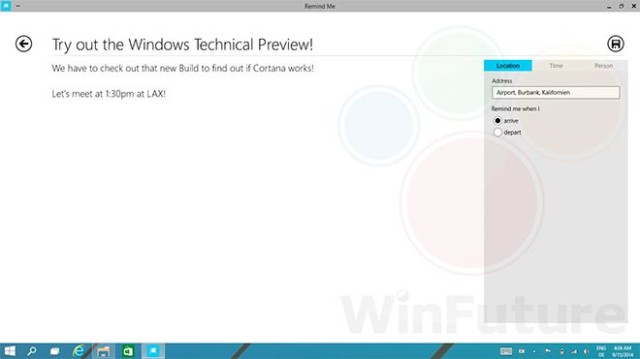 After the Windows 8 largely failed to convince Windows 7 users to upgrade, Microsoft seems to be shaping Windows 9 into a mixture of old and new.The next version of Windows, which is believed to be called Windows 9, has appeared in several video and screenshot leaks.
One of Windows 9's new features could actually be something we've never seen on PCs and laptops, and that's Microsoft's virtual assistant, Cortana and a the german website which claims to have obtained a copy of this early Technical Preview build, found some resource files labeled as "Cortana". They also took screenshots that show an early user interface for Cortana with reminders of time, location and people. 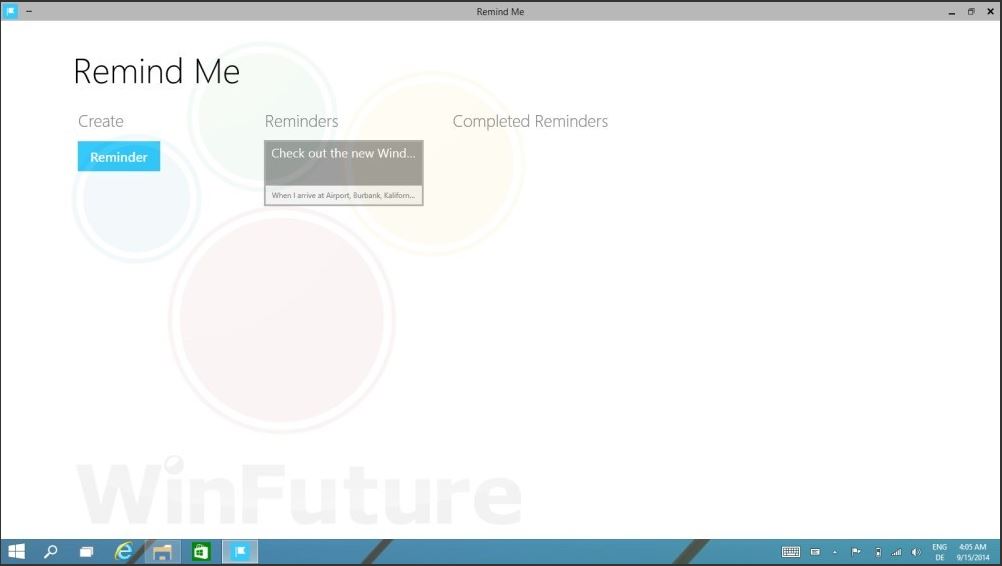 We’re now seeing Cortana on the desktop for one of the first times ever, which suggests that it might be available for early testers in the first builds Microsoft seeds sometime in late September or early next month. Cortana is Microsoft’s Siri and Google Now competitor which is currently only available on Windows Phone.
Earlier rumors were saying that Microsoft is still experimenting with Cortana and she might not make it to Windows 9 after all. However, this screenshot, if real, proves that she is indeed ready for Windows 9 and we might see her later this month when the preview is said to launch.
Tweet
Labels: Windows 9, Windows 9 Tutorials