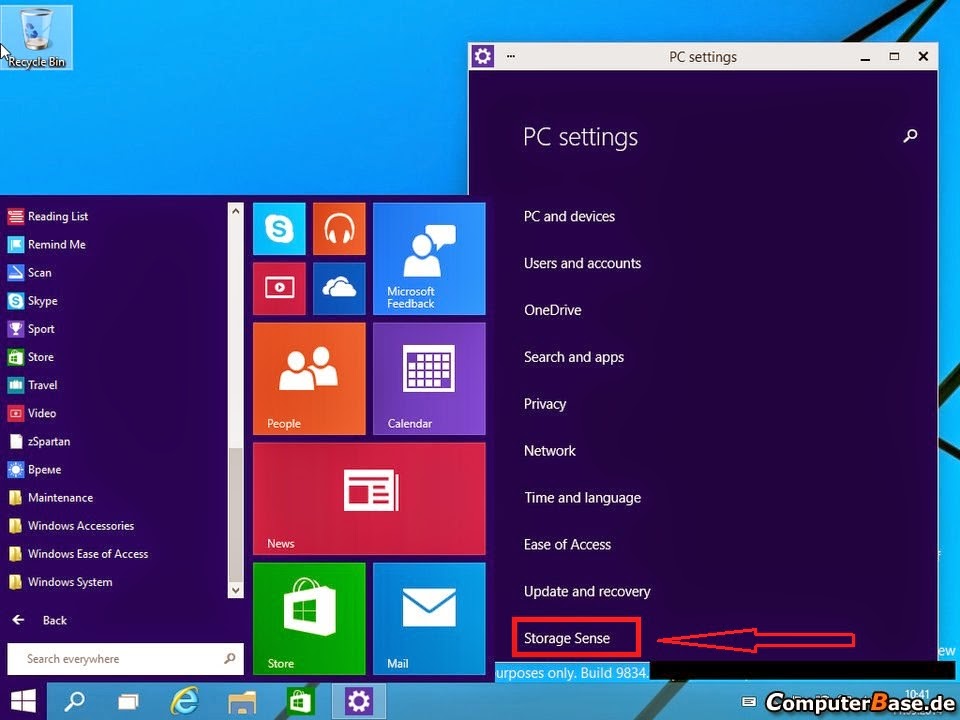 A bunch of screenshots for Microsoft's next major release of its personal computer operating system have leaked, giving an insight into how the OS will look, ahead of its public roll-out.

Codenamed Threshold, Windows 9 is likely to bring several improvements on the current version including a new Start menu, modern apps and multi-desktop features. These features have now been caught in leaked screenshots.

an other feature that has been add to Microsoft new OS is Storage Sense that people who use windows phone know about it,With Storage Sense, it becomes easy to move apps that are already installed on the phone over to micro SD in a group, rather than individually. Similarly, if you want to uninstall several apps at once, you can use Storage Sense to do that as well.

A few features such as new interactive live tiles and folders within the tile-UI do not appear to be present in this build, but considering those features aren't supposed to arrive until after the preview launches,
Tweet
Labels: Windows 9, Windows 9 Tutorials