in Windows 9, Windows 9 Tutorials - on 2:47 PM - No comments
The leaked Windows 9 Technical Preview is giving us a great glimpse for the next version of Windows. However it’s important to pay really close attention to every screenshot and every video as they can uncover features or changes we still haven’t seen.. 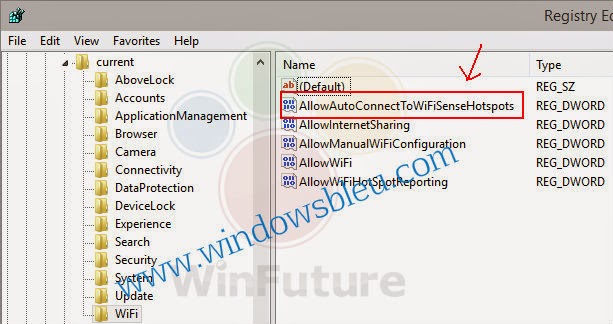 Now there are a few more ‘senses’ in Windows 9 including Wi-Fi Sense and Storage Sense .Ever since the Windows Windows aka"threshold" build 9788 first leaked, we have been witnessing new features and functionalities in the upcoming OS via images and videos in good numbers. This time an alleged screenshot shows the Windows 9 build 9834 to arrive with a Wi-Fi Sense feature.

Wi-Fi Sense is a feature that does two very important things. It can help automatically connect you to local, open Wi-Fi networks and it can help share your own Wi-Fi credentials with your friends and contacts, but without the security compromise. Again, in bullet form for all of you scanning this post:

Currently, there are no details as to how the feature will work in Windows 9. However, it would be interesting to see Microsoft bringing the functionality to the upcoming Windows update as there are a number of low-cost tablets and laptops with limited storage option, which could make the most of the Storage Sense.
Tweet
Labels: Windows 9, Windows 9 Tutorials