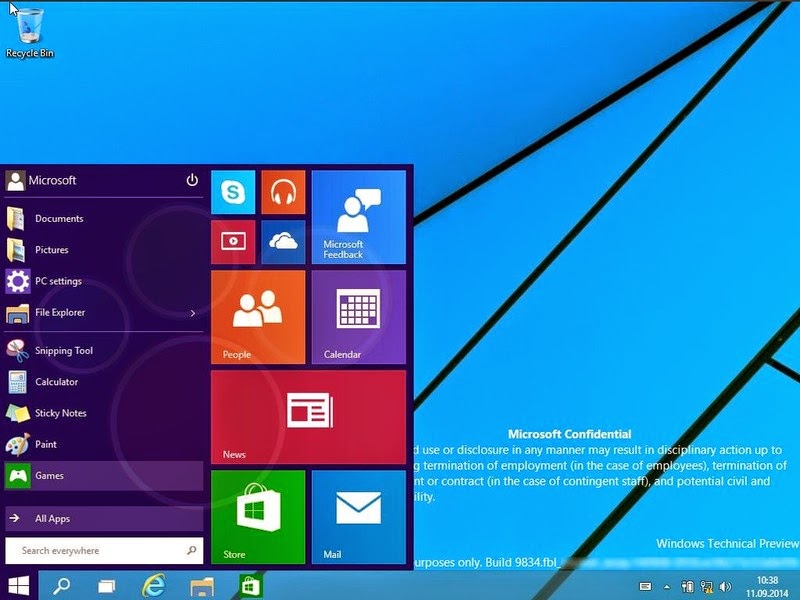 Get out a small pinch of salt but new screenshots of Windows Threshold, build 9834,There are a couple of flags, however, as there are missing components that are likely coming to Threshold but this is probably because this is an external build given to partners.

The screenshots also show a desktop that includes some new flat design to match the Metro-style design in the Start screen.and in the Windows Technical Preview build 9834, the charms seems to be fully integrated in the app title bar by clicking the a button on the left.

Work on Windows 9 continues these days, as we’re getting insanely close to the public launch of the very first beta of what could be another major revamp of our beloved operating system.it appears that Microsoft has recently completed development of someWindows 9 build, as version number 6.4.9835 and Build 6.4.9836 has been spotted online, most likely as the company was test-driving its features and these are the latest information that we got after the leak of build 6.4.9834.

Microsoft is still expected to launch a public preview version of Threshold sometime in late September or early October, preceded by a press event on September 30, with the final version expected for launch in the spring of 2015
Tweet
Labels: Windows 9