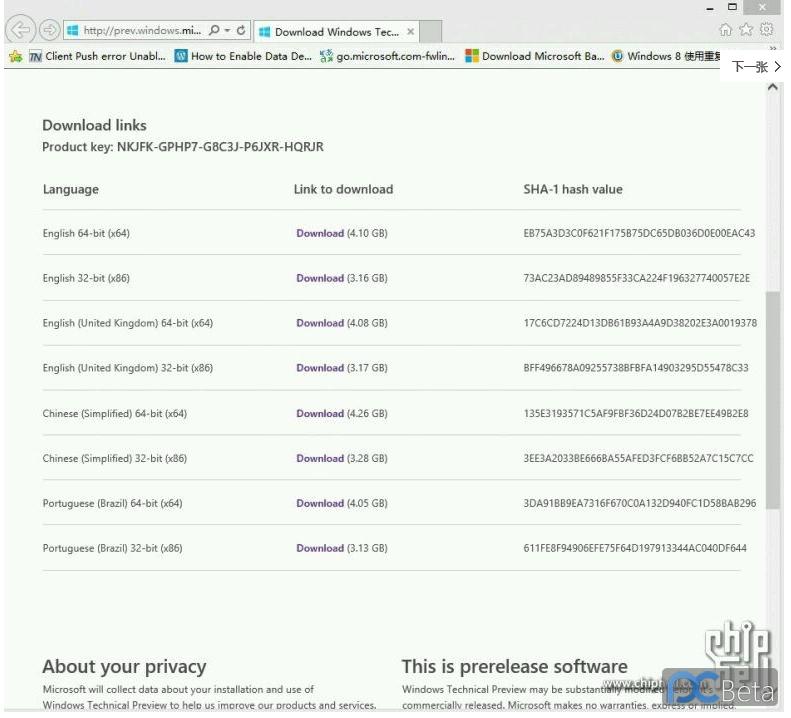 Welcome to the Windows 9 Technical Preview 32 Bit and 64 bit .

As you can notice Windows technical preview will have the download links for the 32 bit version as for 64 bit version when it comes out.Windows Technical Preview to be pretty large and come in somewhere between 3.15 GB for 32 bit (x86) and 4.10 GB for 64 bit (x64)

A bunch of screenshots for Microsoft's next major release of its personal computer operating system have leaked, giving an insight into how the OS will look, ahead of its public roll-out.
Codenamed Windows technical preview "Threshold" , is likely to bring several improvements on the current version including a new Start menu, modern apps and multi-desktop features. These features already been caught in leaked screenshots.

Besides, these screenshots are from build version 9834 of Windows 9, freshly created on 8 September and distributed to all Microsoft partners.

The report also states that the screenshots with Technical Preview are of the last build before the Preview version of Windows 9 is released.
The additional feature, microsoft has added in Windows 9 is the Notification centre. Notification centre of the windows 9 can be accessed from the system tray area of the Windows taskbar. Microsoft is also making slight adjustments to the jump list menus in the taskbar (available when you right-click) to flatten out the UI.
Tweet
Labels: Windows 9

Download links are not available yet...But i will provide them here as soon as they are available....Check the new post coming to days to be the first one

I'll be back whenever a new version of Windows releases..............Definitely set to return on April 1